Building a career as a technical writer 🌍 from Bulgaria

My name is Jordan Stanchev. I live in Sofia, Bulgaria. I work as a full-time employed User Assistance Development Architect at SAP Labs Bulgaria designing and developing features for the technical writers in our company. I am also the lead instructor for the JPDocu School of Technical Writing.

I have been involved in the field of technical communications and technical writing literally all my career.

It started off 20 years ago when I started as a junior Java developer. But what happened next is that I built my career in the field of technical communications and technical writing. 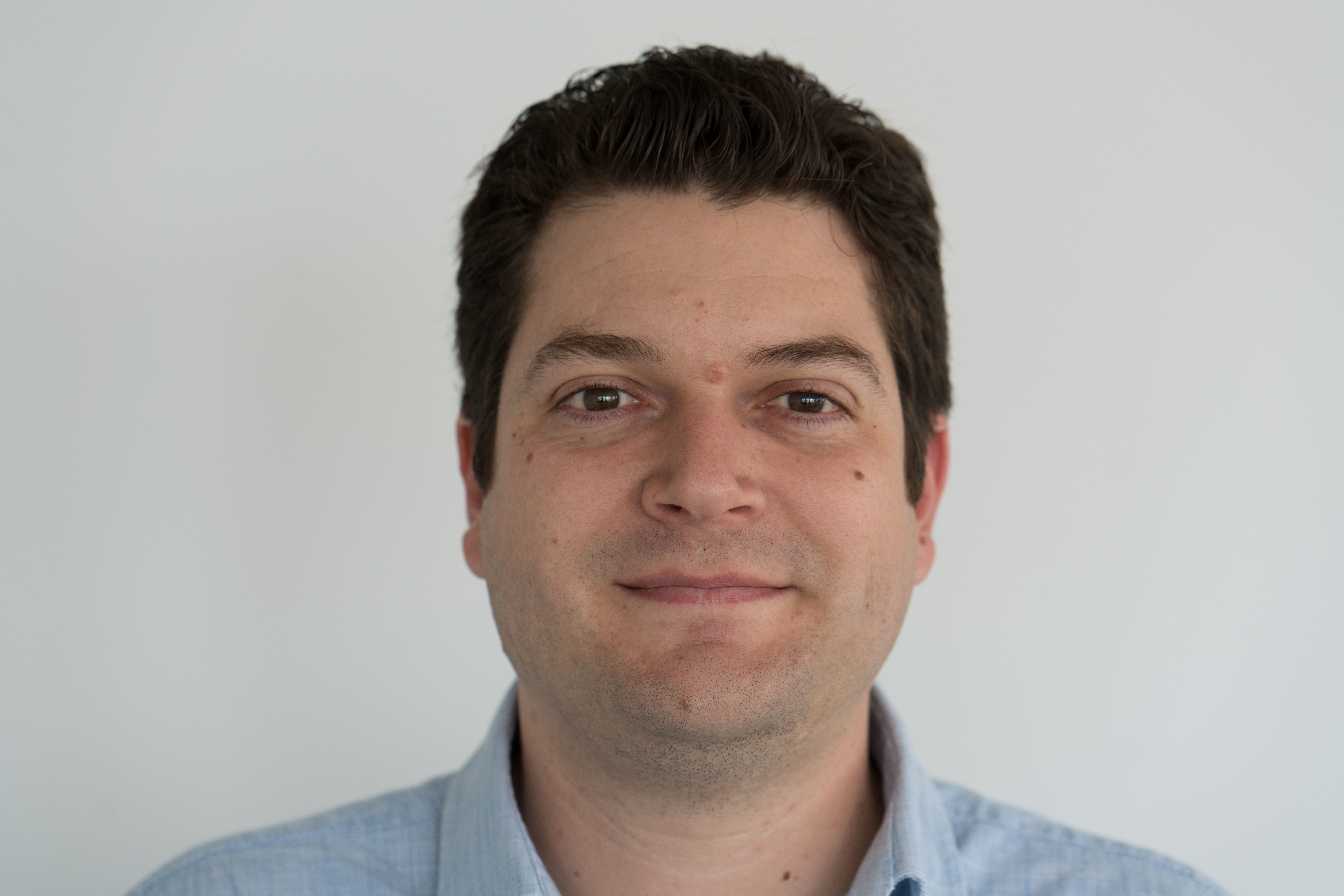 I'm going to share here how things worked out for me so that you can draw some conclusions as to what your own career as a technical writer might look like. I hope you will find it interesting.

So how everything started?

Career Advice #1: It’s not about your background! It is about what your real career desires are!

For me, it all started in 1998, when I first started off as an intern for a software development company. At that time the company was looking for software developers and I was just in my second year as a bachelor at the university.

One thing that I find very curious about technical writers is that all of us seem to come with some unusual backgrounds.

What I had as a choice at that time was to either start some lousy low-paying job or to start as an intern-again very low payment, but at least you go to some good office, somebody to teach you what to do. Or this is what I was imagining.

In late August, I went to an interview. With the skills, I have learned at school and in classes that my parents signed me up for software development, I passed the tests and was offered the job. I started as an intern for a Java software development company!

A couple of days later, here I was - on my first day of work, I still remember that and I was having some high hopes.

Honestly, I didn't know what to expect. And if you do not know what you want, you may never get anything that is worth it! You are wasting your most valuable asset - your time!

My manager was also just starting as a developer and a manager too! On my first day at work, he came to me and said:

“- Now this is your computer! Here is a tutorial book for developing in Java. This is what we need to implement, read that.”.

As a result, I was sitting there, not even knowing how to start my computer, not event how to log on to the computer, what to do there, I didn't know anyone in the company... and this is how my year started.

Several weeks later I was able to successfully run some programs in the tutorials. I was getting used to the Java programming language, reading the specification, learning it by heart, trying to find my way through it. We had to develop a Java Messaging Service for the server we were part of. I was trying to figure out how are we going to Implement the thing.

A couple of weeks later, the team was growing as we were employing more and more people. And other than the JMS we started implementing also security algorithms. My manager said "- Hey, now you need to learn security!". I now had to research different security algorithms and starting to work on the actual implementation.

But there was a problem…

As interesting as it may sound for you, this thing for me was the most boring job in the world. I had close to zero interactions with other people. It was only me, the specification and the computer. My manager was hardly ever looking at what I was doing and I was feeling pretty lonely in this job. What do you think was the result?! I didn't feel motivated any longer!

I didn't know how to get better at my job and of course, my results were... lousy.

Career advice #2:
If you're not well-motivated, don't have a passion and you don't find it interesting - you will sooner or later begin to perform poorly!

That's kind of a natural thing. And for all of you, who think that going to work is the same as earning lots of money - I have a surprise for you! If you think that will keep you excited - come to the real world.

Earning money alone is not exciting! It will fail you very soon!

But they don't come that fast or that easily and you are still there, day after day, doing something that's boring...

That's not the way to make a career. This is what I can tell you.

I've already been like two years in the software development position that I had. And it was still so boring for me! I didn't have the motivation to wake up and go to work. I was just looking for something different already and it was possible to feel that in my work

Of course, my manager was also seeing that. One day he came to me and said, "- You need to go to our CEO. Now!".

I was not really expecting that, so I went to the office of our CEO. He told me:

"- Jordan, you know we decided… we need to fire you. We are going to reduce your position." and I was like:

I felt that it came out of nowhere. I was not ready for it!

Nobody has even given me a signal, not everybody was happy with what I was doing but out of the blue just saying to somebody "you know you're fired".

I had to rethink my way of living, and how I was doing everything. I was like "No way! I do not like my particular job, but I do like the company. Can I have another chance to do something different?!" The CEO said:

"- Listen, I really like you! If you find your place, if you manage to find a team, a job that works well for you and the manager of that team wants you - then I'm fine! And you can stay. But you have let’s say 2 weeks to do that - otherwise, you have to leave".

I have to be honest, that shook me up! I was frustrated. I didn't expect it to work out like this. I didn't see the warning signals and felt surprised by something that was not surprising.

A small nightmare started for me. It was one of the most frustrating periods of my life. I

felt miserable I felt not wanted. I was literally in the humiliating position to go and ask people if they want me, and they were like… some of them were like “NO”, others, for which I’m grateful, said “OK, I’ll give you a try. Here a the conditions and the job positions that I have, where you can do some work for me and for my team”. And they at least gave me a chance.

Career Advice #3: Never give up ! Do not let bad times bring you down!

And although I didn’t manage to meet some of the expectations, they were having some strange positions that were not interesting or relevant for me, still, they gave me a chance.

About then I found one manager who was in the team of the technical writers. I told him about my development background, testing background, what I was doing and suddenly, unlike the rest of the managers, he said:
“- What? A developer wants to join my team! I’m so excited! I want you on the team. You will create samples for our customers, they are struggling to find their way through the implementation, you can explain all of that to them!”

He was excited by my experience, unlike the rest of the managers who said:
“We’re not very impressed with what you’re doing. Everybody can do the same thing!".
And then this manager told me what was expected of me. I was supposed to deliver content and software documentation for the customers, to help them:
- understand what the product was all about,
- how to properly use it,
- how to not use this software and
- give them a steady way into the product itself.

And that was what I found exciting, working with customers and seeing what the result looks like.

Compare this to my previous experience with the implementations of the specification, where everything you do is technical and is consumed by another service and you never see the human who actually benefits all that!

Career advice #4: If you do not know how to do something - LEARN IT!

But then I had another challenge! My English was not good enough!
And the manager says: “No problem. Go and sign up for English language classes and improve your skills. The company’s going to pay for some of the courses if you can not afford to pay them yourself!"

Whoa, that was again amazing for me. Not only he saved me from seeking a job in another company, but he also directly gave me chances to improve all the points in which I was not that good and I was lacking experience.

Actually, this is where my real carrier started. I was finally in the position of:
- doing something that I felt excited about
- beeing in a place where I was able to see how I contribute to the success, how I contribute to and help the customer
- having the opportunity to learn and improve my skills!

These were real people, using my documentation and were able to solve the problems they had.

This is how I started as a technical writer.

A year later, we were acquired by one of the largest software development companies in the world. Our small team became part of the core of this company as it was beginning to grow. This new company has nominated people who were senior in technical writing and in product management. They came to us as their newly acquired team and they were sharing knowledge.

As you can see, I actually started learning what technical writing truly means. We were already doing that, but we just didn’t have a framework to fit in, we didn't know why what we do is the best we do, we were just told: “Use this template within that set”.
But the colleges, who were coming to us taught us on minimalistic writing, taught us on structured writing, on the different information types, just like I’m doing today with my students.

Almost twenty years ago, when that happened, it was a brand new territory for me. And only now that we had a steady start into learning technical writing and information development I was able to pave my way into the carrier.
At the time, I was part of the team that was writing tons of documentation about JMS and security. Even today it is still used on the help portal. If you go to help.sap.com and search for SAP NetWeaver, you will find my first documentation deliverables.

It’s still there, it’s still in use to help our customers.