Q1 2021 Activities - Updates from the JPDocu School of Technical Writing

In this blog post, you will find a summary of activities we've performed in the JPDocu School of Technical Writing in the first quarter of the year. We will also talk about our plans for the next quarter and what further learning bonuses you can get.

The beginning of 2021 was an amazing start for the JPDocu School of Technical Writing. We were excited to see that after the last quality updates we did to our courses, JPDocu students are getting more excited and engaged in learning technical writing!

We've started hitting several milestones that we see as important:

1000 students learning to write software documentation like a Pro!

Our course on How to Write Software Documentation has reached a milestone of 1000 students! Last year we focused on updating it and making the content relevant and with high video and audio quality. All of that was based on your feedback about what you expect from a high-quality course on technical writing for software documentation! Thank you for the constructive feedback and criticism you've been giving us - Jordan and the video production team worked on making this content up-to-date, relevant, and easy to follow!

You can see it with your own eyes here: 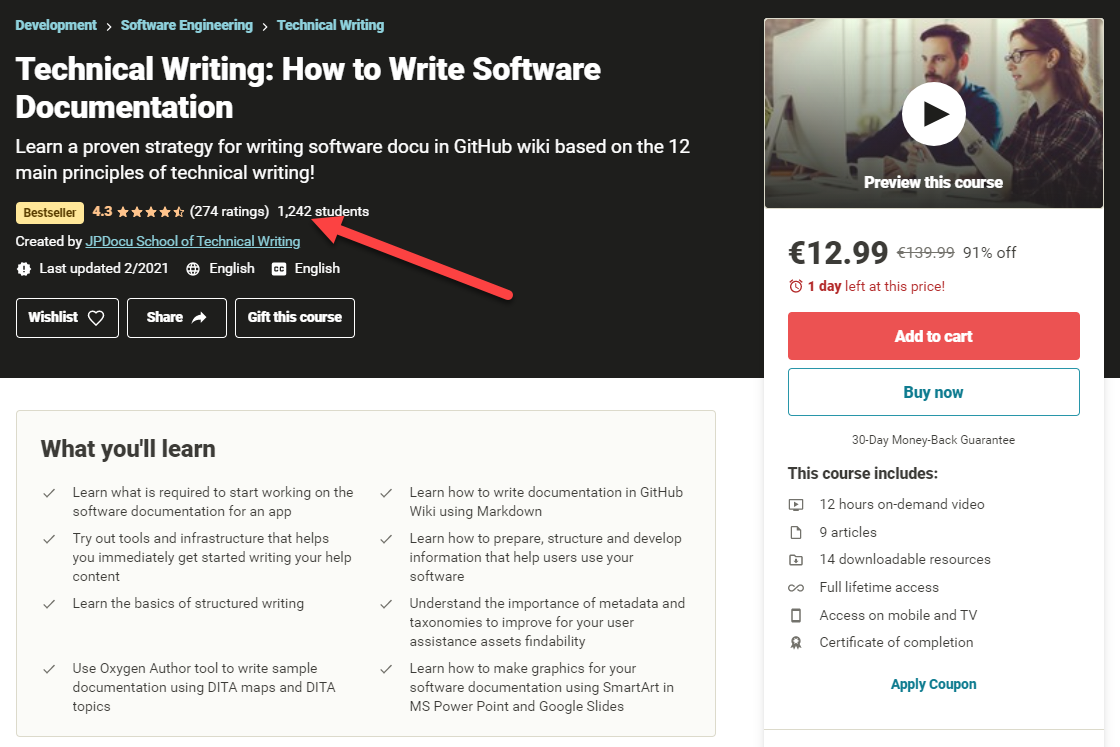 Inspired by the questions we were getting from our students, both in the online learning classes and in our instructor-led courses on DITA XML, we've initiated work on new content clarifying difficult-to-understand aspects of writing using DITA XML.

We've released one after the other 2 new courses.

The first one "Common DITA XML Map and Topic Elements" aims to close the learning gap we see in any user of DITA - the huge number of tags and DITA XML elements you need to know to be able to use DITA in an optimal way. With this course, Jordan tried to make it clear which are the most commonly used elements and how they fit the DITA XML topic-based organization.

The course was very well accepted and students liked it a lot! 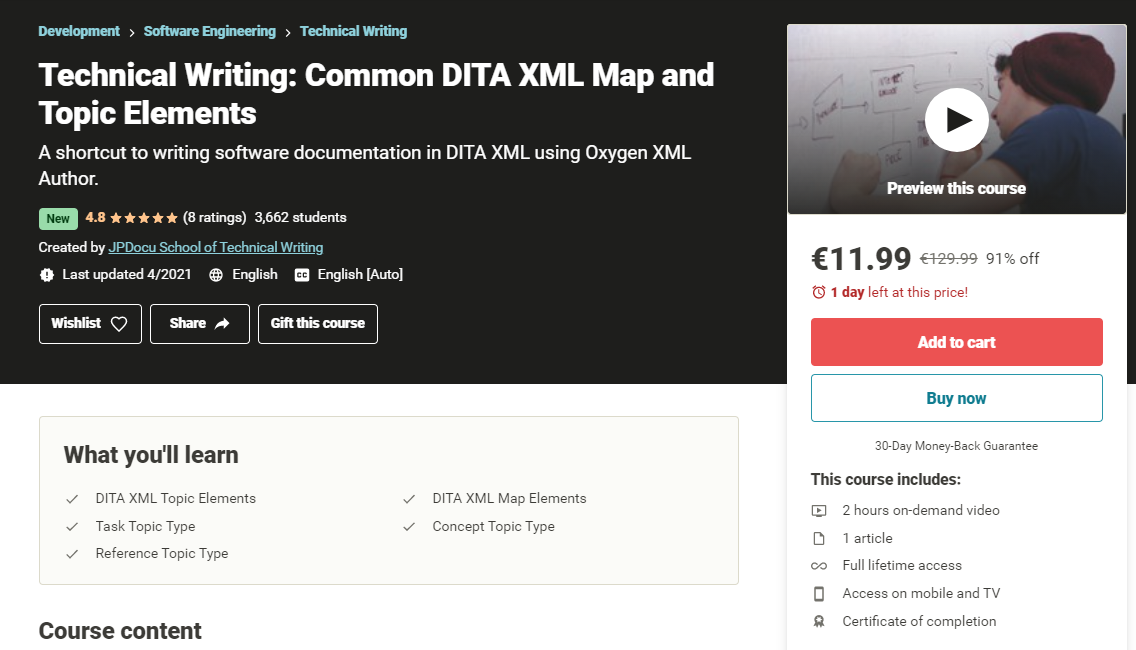 A few days later, we've released the next new course: "How to Reuse Content in DITA XML". It tries to cover one of the most important features of DITA - the ability to reuse content. But we did not stop with the classical and frequently known reuse via pulling the content. We've taken a step further and explained the details of pushing content for reuse in DITA - a very interesting, but less known way of reusing content that only advanced DITA XML users seem to know. 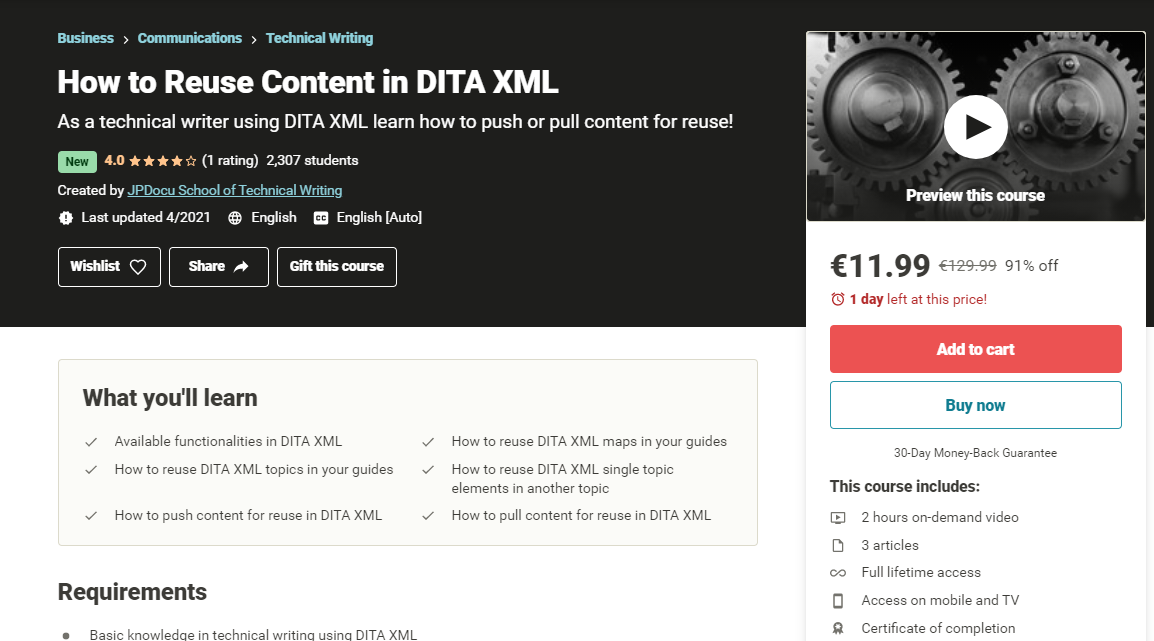 Right now, we are working on several more courses, that will help you get better with DITA XML and become a better technical writer! We shall announce details soon...